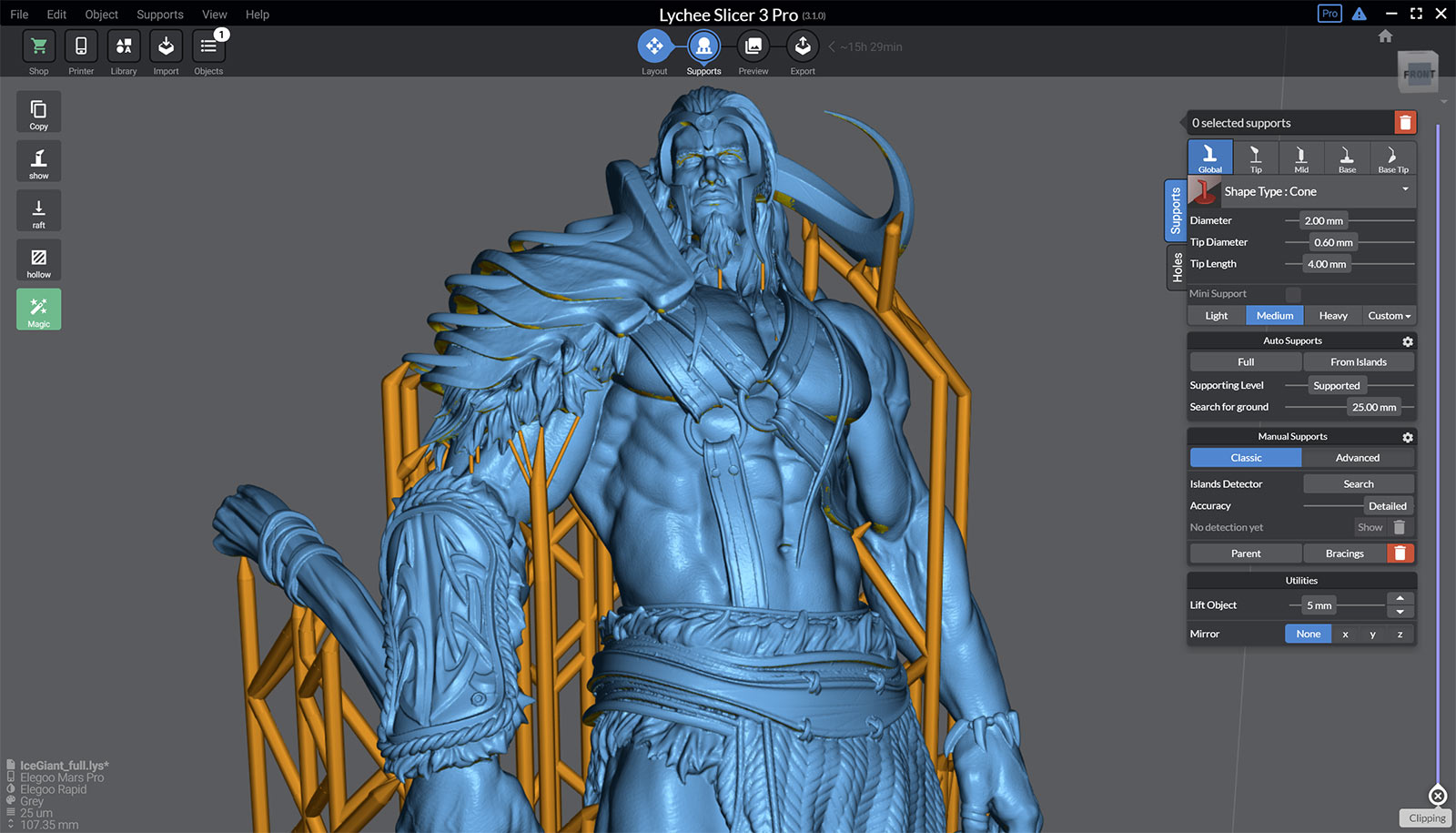 3D Model: Lord of the Print

After 45 days of Public Beta, we are pleased to announce the immediate availability of Lychee Slicer 3.1. With this new version, we are ending our Public Beta phase and deliver our first stable version.

During these last weeks of development, multiple betas have been released, following our users and the community’s response to continuing improving Lychee Slicer. Many new unplanned features, changes, and improvements have been made, pushing our original agenda.

If you missed our initial betas and 3.0 announcement, you have to know that Lychee Slicer is not anymore the software you may have known. It is available as a FREE version and a PRO version, answering all types of users’ needs and making Lychee Slicer accessible to many 3D printer users.

We did a complete rewrite of the support engine, with automatic supports using smart algorithms, avoiding the 3D model at the maximum, and manual supports that give an absolute control on the supports creation, manipulation, and modification. Of course, multiple new 3D printers are now part of the software, and we will continue to add more.

During this public beta, new additions in both the Free and Pro versions of Lychee Slicer joined the long list of additions:

We got many messages from 3D printer users, giving us an excellent opinion of the latest versions of Lychee Slicer, which pushes us for more complex developments. We will continue to add features that will make the 3D printing process a breeze for both beginners and advanced users.

Download now Lychee Slicer 3 and if you didn’t subscribe yet to the Pro version, give it a try, with the 30 days trial found in the software.

Stay tuned for our next updates!

We design and develop experiences that make people's lives easier.

At Mango 3D we are a core team of developers and electronics engineers who are passionate about 3D printing and adjacent technologies. We develop software and hardware solutions for individuals, professionals, and manufacturers.

Mango 3D is based in Belgium, and France

Copyright 2023 © Mango3D.
All rights reserved, Mango, Lychee, and the associated logos are registered trademarks of Mango SAS. All other trademarks are the property of their respective owners.